Ranked Battle (Japanese: ガチマッチ Gachi-Matchi / Real Earnest Matches) is one of the modes in Splatoon. It can be accessed to players Level 10 and up. The modes included in this category require a higher level of strategy compared to regular modes, and wins and losses will be counted toward players' ranks. Players begin with a 'C-' rating but are able to improve and regress based on how well they perform.

Ranks are gained or lost based on a point scale from 0-100. When the 100 ranking points are met, the player will move onto the next rank with 30 points. If the meter hits 0, the player will fall to the previous rank with 70 points. Ranked points are given or taken based on several factors concerning the rank of each team's members as well as the rank one is currently in, the difference between points gotten of lost from base value can typically be up to 4, less so when in S and S+ rank.
Ranks include C-, C, C+, B-, B, B+, A-, A, A+, S, S+, and X.

An Inkling on the menu screen with Ranked Battle.

This Inkling has ranked up a bit. Right now, she is at C-.

Splat Zones is a battle mode where you have to control part of the map. 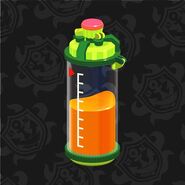 The Ranked Splatometer, showing how many players were level 10 and how far along it was until Ranked Mode was unlocked.

Inklings in the Splat Zone

The Rainmaker in the shield

The Rainmaker with the battle logo on the side.
Add a photo to this gallery 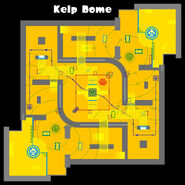 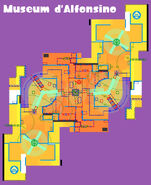 Moray Towers Callout
Add a photo to this gallery

Retrieved from "https://splatoon.fandom.com/wiki/Ranked_Battle?oldid=52099"
Community content is available under CC-BY-SA unless otherwise noted.