Splatoon Wiki
Register
Don't have an account?
Sign In
Advertisement
in: Octarians, Types of Octarian Troops, Octo Expansion,
and 13 more

The process of sanitizing results in the Octarian losing all sense of free will, allowing them to be controlled similar to robots as seen with the dialogue from Sanitized Octolings. Marina notes that the sanitized Octarians appear to have no pulse or signs of life.

Sanitized Octarians usually resemble tentacles rather than full octopi. They are blue & teal colored, with their suckers present on the teal side of their bodies, googly teal and black eyes, neon green lips, and tiny legs in black boots. They come in a variety of forms, and the line is often blurry when it comes to what is an Octarian and what is mechanical, suggesting they may use some manner of biotechnology. Their voices sound more digital and compressed and when splatted they briefly leave glowing blue pixels and glitch-like squares. Instead of the glitter-like effect that ink has in Octo Canyon, the Sanitized Octarians' ink looks more like soapy water or dish soap.

The following Octarian types have Sanitized variations. Types denoted with an asterisk have only appeared as Sanitized:

Octarians seen in the Deepsea Metro is different than the normal variety, being blue in color, vacant-eyed, and completely compliant to orders. Normal Octarians, passed under a machine, will immediately become black-eyed with a blue body. Simultaneously, they’ll lose all their memories in a terrible spectacle. We overheard the words of a nearby worker, calling this “Sanitization”, though this more or less appears to be brainwashing.

The Octarians working soullessly in the sanitization factory also have blue bodies. The Octarians that are packed tightly are being sent from the “Belly Phase” to respective test sites. 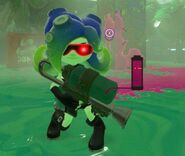 A Partially Sanitized Agent 3 jumping down.

A Group of Sanitized Octocopters. 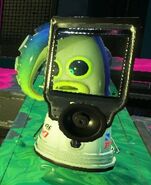 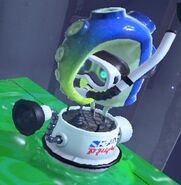 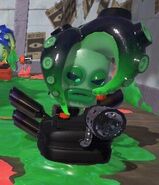 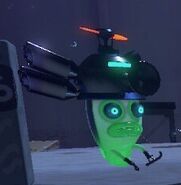 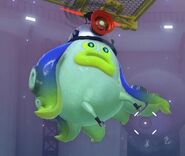 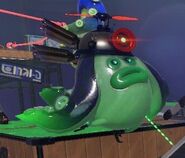 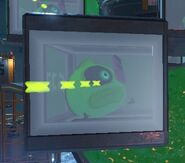 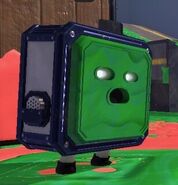 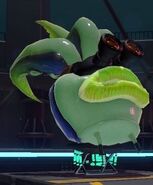 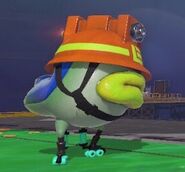 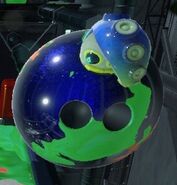 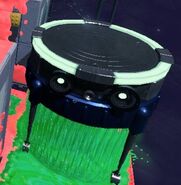 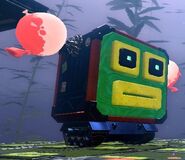 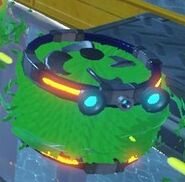